In the last couple of weeks, we went from south Corsica (France) to Aeolian islands (Italy). We spent a couple of days at Porto Vecchio (to collect and install the davits) where we discussed with other sailors. We also met another sailing family (Sailing Nikau) for a couple of days in Santa Manza, (Corsica) ; we had strong winds in Sardinia and we sailed to the magic Ustica island where we met the nice people from Lustrica diving center. Ustica is a fantastic place for scuba diving. We went for a snorkelling trip with the kids (they are too young for scuba diving) and discovered new fishes and pillow-shaped lava stones). From Ustica, we went to Palermo, then headed to the Aeolian islands where we are now. 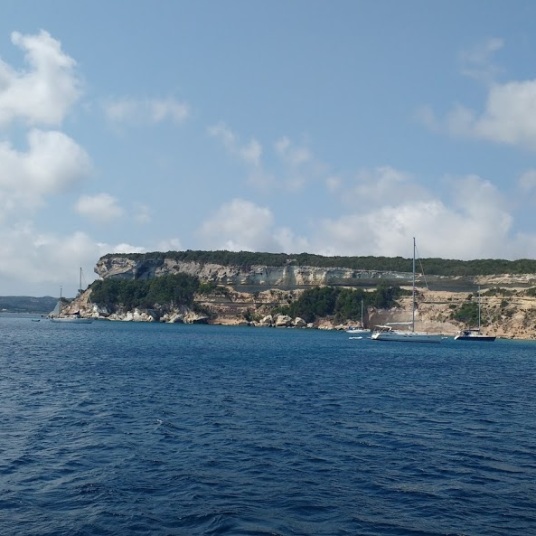 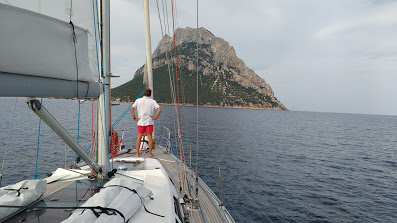 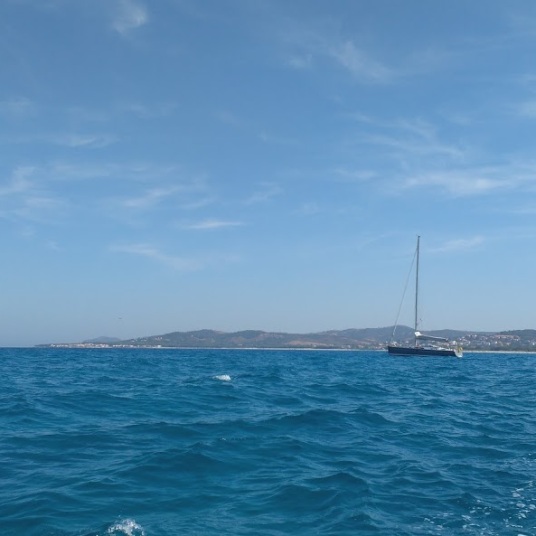 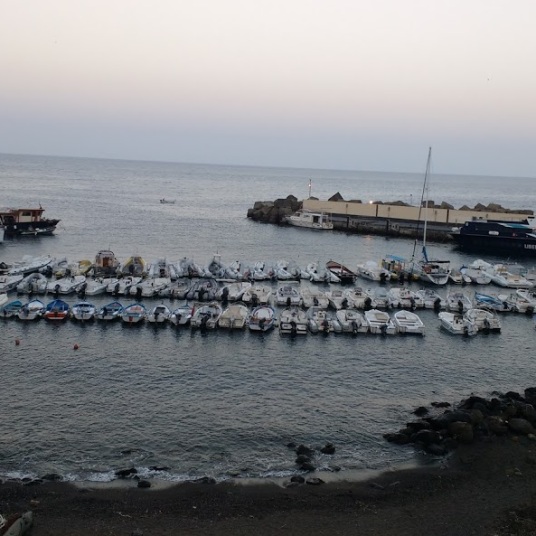 When sailing, we can spend 3 or 4 days where we only anchor in places with little to no civilisation around. Of course, there are usually other boats around. Sometimes we stop by and discuss with them (from time to time, you can see that you are not welcome). In the end, we manage to find some families with kids when anchoring. After 6 weeks without interaction with others families, we were very excited to meet Nikau and its crew. They inspired us to be more organised. We were very happy and proud because our kids are already helping a lot when we are sailing, but we have to admit that we were still overloaded with the other tasks (cooking, cleaning, laundry, etc): our family dashboard was not working. Nikau’s crew is extremely organised in the boat tasks, so we decided to copy their model, the kids understood that they have to collaborate more and they choose their responsibilities. So far, it works well!

Just like we were, Nikau’s crew was also surprised by the quantity of plastic that we find in the sea and on the beaches. Together, we collected what we could… and it was far more than we would have expected. 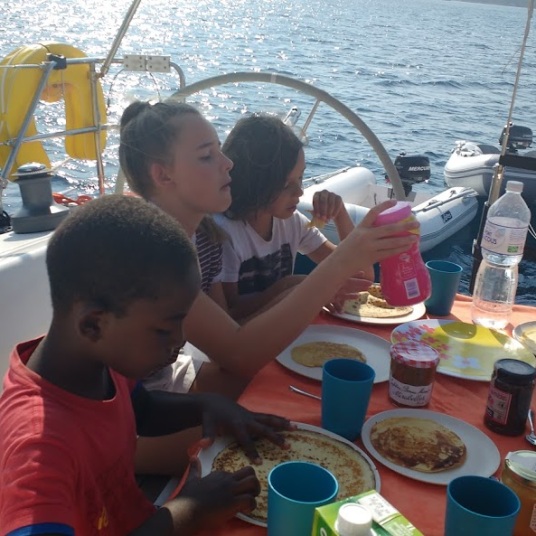 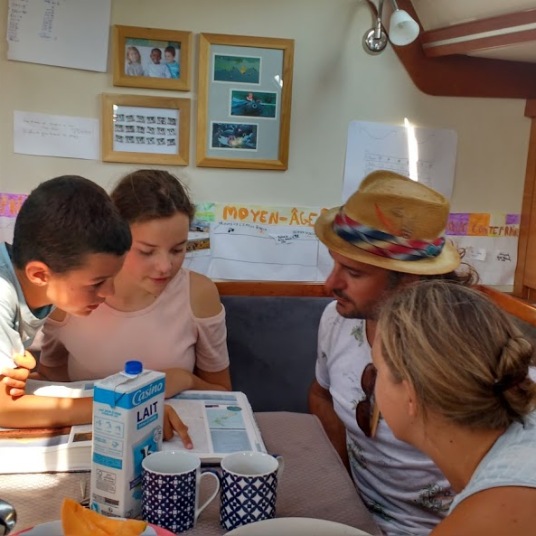 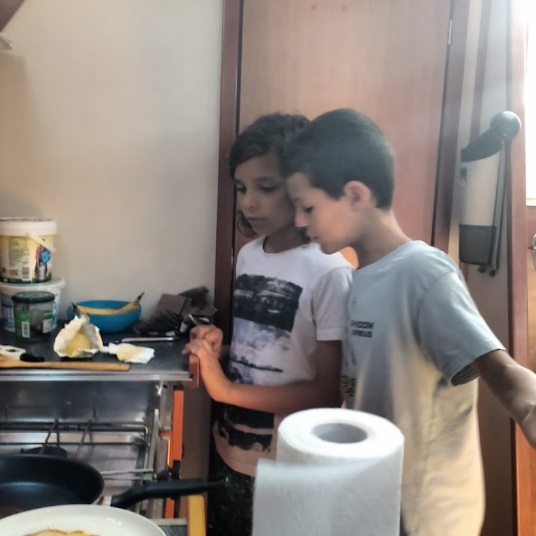 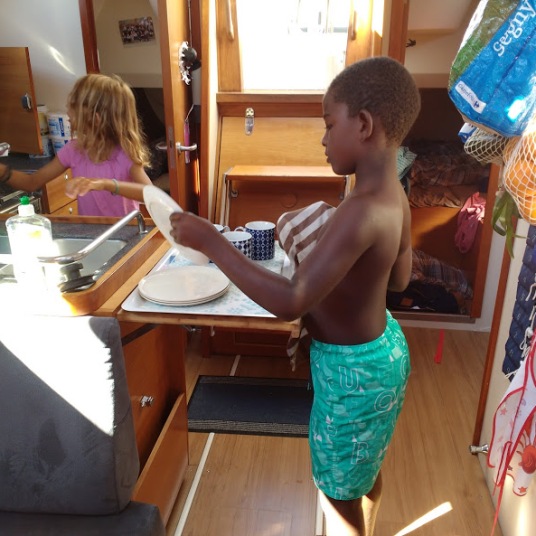 After a couple of days with Nikau, exchanging about New Zeland, Europe, sailing and cooking, we headed to Tavolara island in Sardinia, we enjoyed the good winds, perfect strength and direction to get there in 10 hours. It was nice to sail in those conditions. In Tavolara we had some rest. The first night was very calm, but the second night we had strong winds (32 knots recorded during the night shift) ; all boats had left the anchorage. Pierre spent the night on watch with both the GPS and depth sensor, just in case something bad happened. We are very satisfied with our new anchor (Rocna 25 kg), the new chain hook (Mantus anchors’ hook and bridle).

The wind was still strong the next days ; we stopped at La Calleta (we took one of the harbour free spots), where we decided to head to Sicilia (to Ustica island), wind forecast was strong but in the right direction for the crossing. We usually check weather forecast twice a day, and it usually is pretty accurate for the coming days. We knew that the passage was going to be windy, but we did not expect to have the swell and the strong gusts that we had. Actually we did a single night shift that night: we decided that both of us had to stay on deck (extreme, pair shift ;)). With 2 reefs in and the jib, we were at the limit, so we stayed awake just in case the wind would get worst. Pierre took the helm because the auto pilot was not able to deal with the swell and the boat surfing at 11+ knots. I stayed in the cockpit, sleeping when it was possible. Kids managed to sleep in their cabins. The following day, we had a wonderful dolphins shows, the weather was calmer and we got time to recover. The dolphins guided us to Ustica island, they came 4 times in the day and once they spent at least half and hour with us! 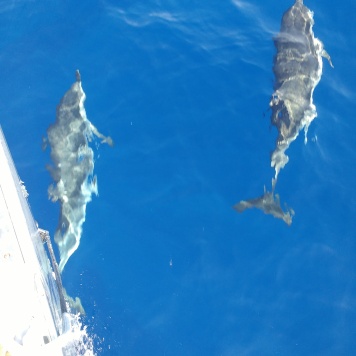 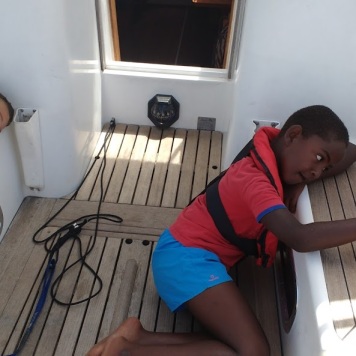 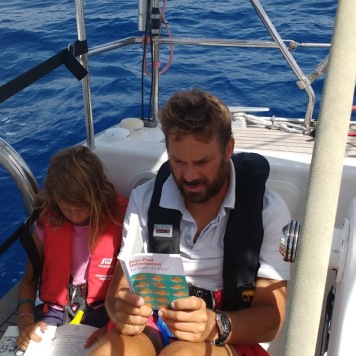 We spent 2 days on Ustica, we went for some snorkelling with Lustrica diving center. Damiana, Yvan and their group were very nice with us, we learnt about Ustica and Sicilia and they took us for dinner with them. Ustica is a small charming island. It is a natural reserve and it is known for the diving and all the caves. We all felt in love with this tiny island. It was also the first time we had to drop the anchor in a marina (anchor + 2 lines to land). The mud was not great for anchoring (the anchor was digging into it like it was butter). We had to reset the anchor using the dinghy (the marina was now busy) – well… quite an experience.

Once again, we followed the wind and we arrived to Palermo, what a city! Palermo is beautiful. We all enjoyed a city tour, the time spent in Palermo was magical, we could hear music all around, we were all waiting for the church bells to ring to hear the music. Everything was a kind of perfect but the garbage, trash, rubbish all around… we never saw a city that dirty! 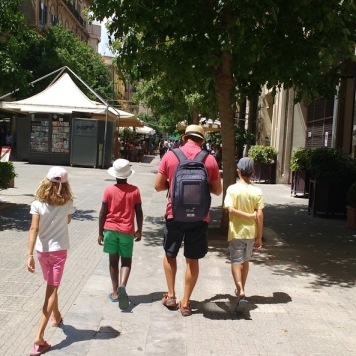 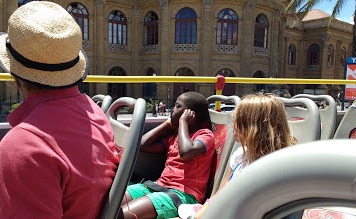 As you can see we had a pretty busy week, full of sensations! We keep enjoying our adventures, what would you like to hear about our journey?

María is passionate about agile methodologies and how we can build the future generations and improve life with an agile mindset. She enjoys sharing across her extensive network the agile culture. She is a fervent supporter of process and communication techniques with demonstrated success in initiating and leading agile implementation projects. María is an industrial engineer, she has over 15 years of experience, successfully building and launching digital applications across multiple channels and formats.  Maria is also a parents and schools Positive Discipline Educator and she enjoys facilitating Positive Discipline workshops. She grew up in Spain and is currently living in the french swiss border, she is married, has 3 kids and loves spending time in the wild sailing with her family and friends. Follow @mcorast in Twitter and @cortesastudillomaria in Instagram View all posts by mcortesastudillo

6 thoughts on “Following the wind”